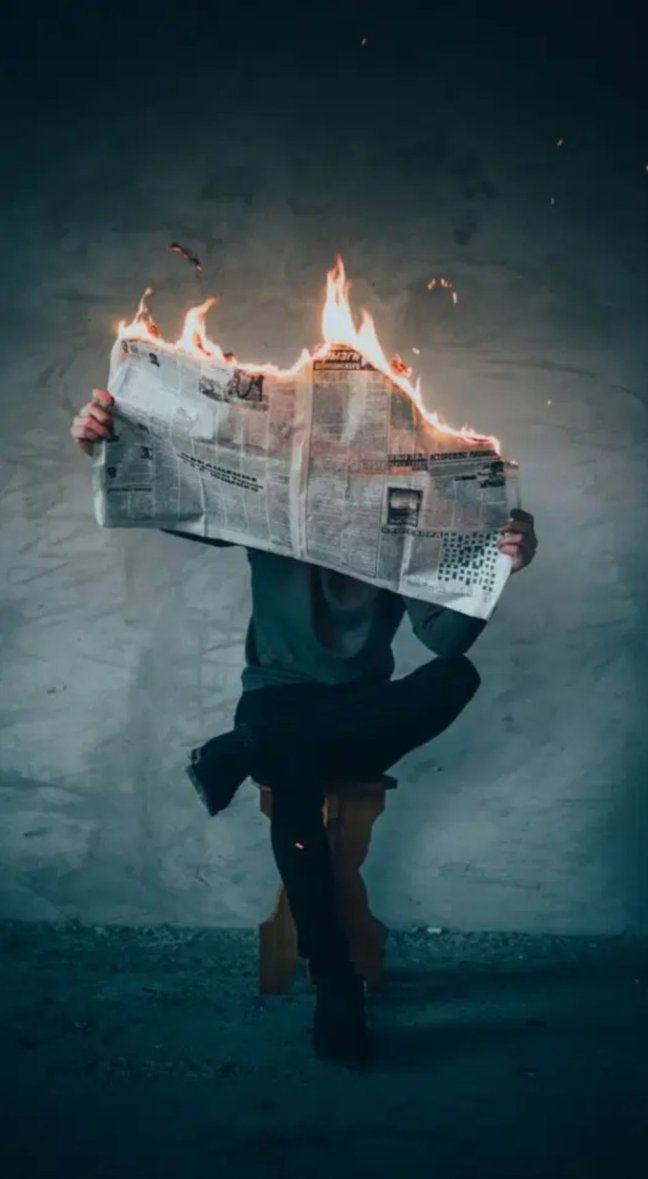 Before my sleep addled mind could align with my lazy bones

my hands would reach out for the crisp black and white

morning tea was incomplete without

There was a time I used to carry a newspaper

while waiting at the post office, metro station or at the doctor’s

to avoid engaging with people

for the daily told the truth at a slant.*

or a Wimbledon match energise everyone

burning issues of the far-flung world

Now the world has become smaller

our vision narrow and parochial

narcissism triumphing over the canopy of universality.

journalism on sale to the highest bidder