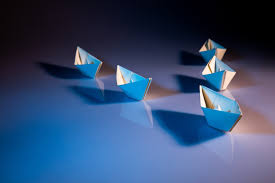 A godman has been arrested, after being charged for several episodes of rape and murder. The news is being flashed all over media.

There appears a woman, and then, a few more…  I could have walked past them in a crowd without looking twice, but the hollowness in their demeanor holds my attention for now.

“I recovered totally from my illness. The guru has magical powers.”

“I was going through a low phase in my life, but found peace here. The guru’s spiritual guidance helped me.”

I hope they have been bribed to say that, or are under some kind of pressure. I desperately hope they don’t believe what they say.

A meeting between HR and the trade union leaders is on. They resort to banging the table, using foul language and making unreasonable demands.

I happen to know one of them outside this circle. He is an intelligent guy, and was making good strides in his career, till he assumed leadership of this trade union.

I hope he is driven by retention pressures – his membership has been dwindling for sometime, and he needs to be seen as powerful. I hope he knows whatever he says is false, fabricated and unreasonable.

I desperately hope, he does not believe what he says.

Ignorance being manipulated into undesirable action is unfortunate. Those who are manipulated believe that it is their path to success or Nirvana.

Those who know that it is wrong, yet do it, take a strong stand and propagate it further are the evil destroying the world. They weaken individuals first to make them comply and believe. Fear, greed, partnership-in-crime are the common methods used. At times, hope is used for a less noble purpose.

All of us live by our beliefs. I recall someone saying that too much freedom is scary. One needs a structure to work in, to live. But do they retain a freedom to question, to analyse?

Some of us tweak the belief system, and shift our perspective from time to time. It shows an overarching belief or value – quest for a larger truth rather than a larger falsehood.